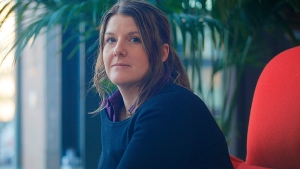 Andrea Galliano works at Genip Oy as IP assistant and paralegal for trademarks and industrial designs. She manages our office in Lahti.

Before that, Ms. Galliano worked 2011 to 2013 as visa application processor and branch manager in Helsinki.

Between 2007 and 2009, she worked in a subsidiary of UniCredit S.p.A in Germany in the legal department and finance department.

Between 2002 and 2007, she worked at in the law firm Rechtsanwälte Schönefelder, Lehners, Ziegler in Munich, Germany.

Between 1999 and 2002, she worked at in the law firm Rechtsanwälte Radtke & Collegen in Garmisch-Partenkirchen, Germany, where she completed her training as a paralegal.

Ms Galliano has a legal administrator (Rechtsfachwirt) degree from Germany, which she obtained after her training to paralegal (Rechtsanwaltsfachangestellte).

Ms. Galliano is fluent in German, English, Finnish and Italian.