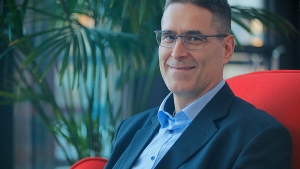 He is based in our office in Kotka (and Porvoo).

Mr. Veräjänkorva is qualified to practice before the European patent office (EPO) and before the national board of patents and registrations (PRH) in Finland and before the International Bureau of the World Intellectual Property Organization (WIPO).

Mr. Veräjänkorva joined Genip Oy 2019. Prior that he worked from 2015 to 2019 in UPM Kymmene as a Corporate Patent Attorney, from 2004 to 2015 as a patent attorney in various positions at Berggren Oy and from 2000 to 2004 as a IPR Manager and Corporate Patent attorney for Metso Paper and Metso Corporation in Finland.

Mr. Veräjänkorva has a Master of Science (diplomi-insinööri) degree from 1996 at Helsinki University of Technology (HUT). He studied mechanical engineering, and has practical work experience as R&D Engineer (1996-1999) from Metso Paper.