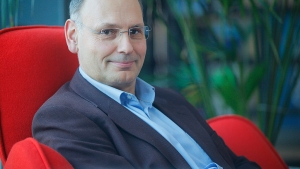 He is based in our office in Kotka. Mr. Ristola founded the company in 2008.

Mr. Ristola is qualified to practice before the European patent office (EPO), before the national board of patents and registrations (PRH) in Finland and before the International Bureau of the World Intellectual Property Organization (WIPO).

From 2006 to 2007 Mr. Ristola worked as a patent attorney in patent department of AKP Karhula Oy, which was later acquired by Coor Service Managemet.

Mr. Ristola has worked as R&D Engineer from 1990 to 1992 with Valmet-Tampella Oy and as R&D Manager from 1995 to 1997 with EV Group Oy later acquired by Runtech System Oy in the field of pulp and paper industry. He has gained an in-depth knowledge in patent matters relating to energy technology, steam generation, fluidized bed combustion and gasification, internal combustion piston engines, exhaust gas emission reduction, maritime technology as well as pulp and paper machines and processes, and paper finishing technologies.

Mr. Ristola has a Master of Science degree in engineering at Lappeenranta University of Technology, Energy Technology, Thermo and Fluid Dynamics, 1990